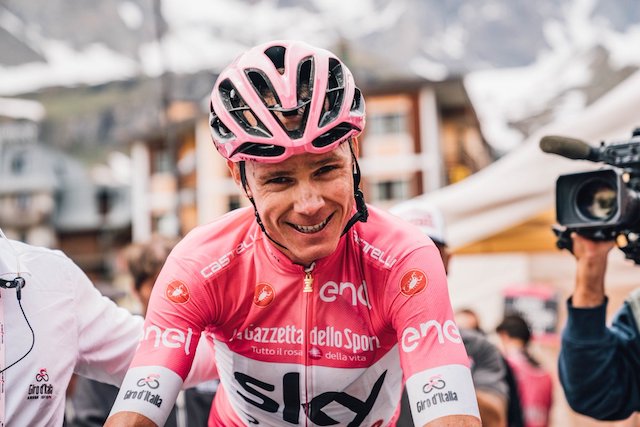 Israel Start-Up Nation team principal Kjell Carlström does not rule out a possible start for Chris Froome in the Giro d’Italia and Tour de France this year.

“We still have to find out what the best preparation is for the Tour”, he said.

The now 35-year-old Froome is still keen on that fifth Tour victory. The former leader of Team Sky and INEOS Grenadiers does not believe he is too old to win the Tour again.

“I have the feeling that I am not ready yet [to retire]. I would also like to take my fifth overall victory and continue to compete in the grand tours until I feel that I am ready to stop. ”

Froome, who will start his season in the UAE Tour, did not want to say anything about his further program at an online press conference. Cärlstrom, however, carefully thinks about the Giro d’Italia-Tour de France combination.

“We have three grand tours and several riders who have already shown something in three weeks.”

“We count on Froome, Daniel Martin, Michael Woods and Carl Frederik Hagen. It is possible that they will be contesting two Grand Tours this season. We still have to figure out what is the best preparation for the Tour. That could be the Giro for some riders. But it may also be that we opt for a completely different, more traditional preparation. ”

“We don’t want to compile selections for the Giro and Vuelta yet. We are dealing with the coronavirus and so we do not know what the preparation will look like. Furthermore, we are still waiting for the course presentations. And finally we also have to look at the bigger picture towards the Tour, the most important race of the year. ”