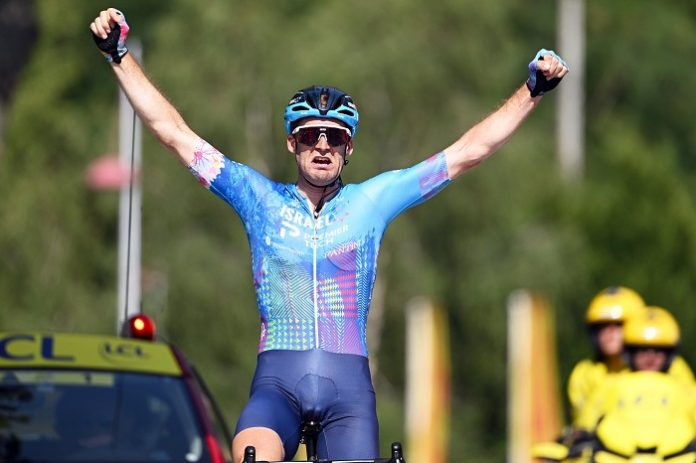 Tadej Pogacar went on the offensive as promised but was never in a position to unsettle Tour de France overall leader Jonas Vingegaard in the first of three key mountain stages on Tuesday.

The defending champion attacked twice on the ascent to the Port de Lers (11.4km at 7%) and once in the descent but yellow jersey holder Vingegaard shadowed him to retain his lead of two minutes and 22 seconds.

The stage was won by Hugo Houle, the first Canadian to win on the Tour since Steve Bauer in 1988, from the day’s breakaway after the Israel Premier Tech rider went solo in the last climb, the punishing Mur de Peguere (9.4km at 7.9%).

Houle did not look back in the long descent into Foix to beat Valentin Madouas (Groupama-FDJ) and his Israel-Premier Tech team mate Michael Woods, who were second and third respectively, one minute and 10 seconds behind, for his first professional victory.

In the group of favourites, Pogacar’s first brutal attack some 2.5km from the top of the Port de Lers caught Vingegaard off guard, but the Dane reined him in almost effortlessly.

He stayed on the Slovenian’s wheel when the 23-year-old went again as the yellow jersey group was dropped down to a dozen riders.

“We have a strong team. Luckily today I was able to follow Pogacar but we just have to take it day by day,” said Vingegaard. “I don’t feel my form is going down. I recover very well on a grand tour. The rest day was needed after the crash. I look forward to the next days.

“I’m just trying to do my best every day. I know Tadej will attack me so every day is just about trying to follow him and of course there’s also lot of other riders I need to follow if they attack.”

Far behind, one of Pogacar’s key team mates, Marc Soler, was dropped after he was sick by the roadside and the Spaniard finished outside the time limit, leaving the UAE team down to five riders.

The overall standings could be shaken up again on Wednesday when the 17th stage takes the peloton for a 130-km ride between Saint Gaudens and Peyragudes with three brutal climbs.