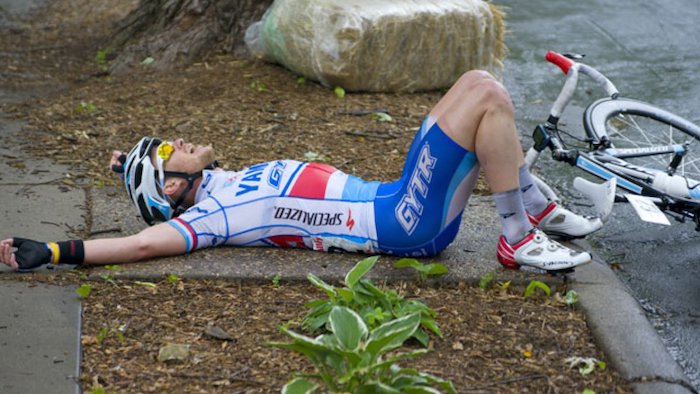 One hundred miles (160km) is a long way to ride, no matter who you are. Of course, that’s precisely the attraction of century rides for those of us who do them.

But while we want a century to be challenging, we most certainly do not want it to be downright dreadful. We do not want to bonk somewhere in those last 20 miles.

Riders who want to have a strong century ride, even those who want to win one, should improve their tempo ability. With a strong tempo ability, 80–83 per cent of your maximum heart rate, you will find that you have more gas in the tank to crest hills without slowing down and to finish the ride strongly.

The stronger your tempo ability, measured as a percentage of your maximal effort, the more manageable your efforts will become. To achieve this goal, your training focus each week should include two days of longer rides, incorporating some tempo, with the remaining days focusing on VO2 work or recovery and rest.

A common cause of weak finishes in century rides is failure to taper adequately. We tend to do too much rather than too little. And were extremely paranoid about our fitness. As rational as we may be in other areas of life, we are somehow able to convince ourselves that we can undo the results of four solid months of training with one missed workout.

So we are very paranoid about tapering. How can we possibly become more race-ready by training less? Well, we can, and that’s that. Abundant research has shown that sharply reducing training volume in the final weeks before a long race maximizes muscle glycogen storage, blood hemoglobin concentration, and other factors relevant to performance.

A two-week taper is most appropriate before a century ride. In the first week of your taper, cut your training volume by 40 percent. So, if you rode 200 miles in your final week of hard training, you would ride about 120 miles the next week. Cut back evenly on all your workouts. In other words, still do your high-intensity workouts, but make them 40 percent shorter, and still do a longer ride, but make it 40 percent shorter as well.

In race week, reduce training volume by another 40 percent, based on a six-day total rather than a seven-day total. So, if you rode 80 miles in the first six days of the second-to-last week before your century, ride about 50 miles in the final six days before the event, taking one day off entirely.

Another area to focus on is nutrition, particularly on the bike. You want to be sure you are fuelling properly during your effort. Most riders don’t eat enough while they are riding. You don’t want to wait until the rest stop to eat. You should be eating and drinking consistently throughout the ride, aiming to take in 250–300 calories/ hour.