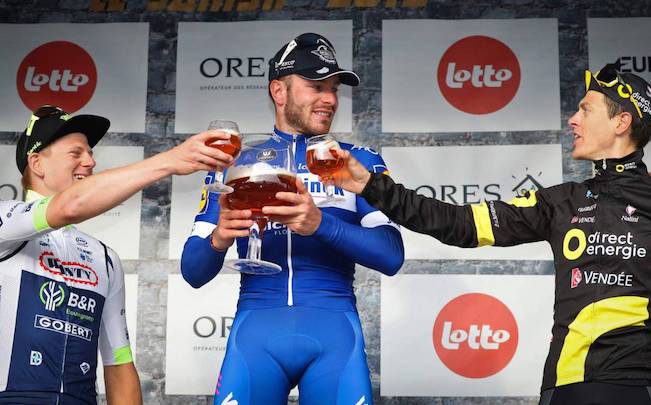 Many cyclists’ favourite post-ride drink of choice is not a protein shake but a cold beer. There’s something special about sharing a pint with a group of friends but when it comes to your performance and your health, how does that brew fit in?

A recent study stated “Beer is Officially Good for You” as it claimed that beer “reduces heart risk” and “improves brain health”. Even if “heart risk” sounds a bit vague, the news sounds good.

During 1900 – 1960, riders participating in the Tour de France commonly drank alcohol during the race itself. They went for beer, wine, and even champagne to make the race more fun, and less painful.

For example, during the 17th stage of the 1935 Tour, nearly the entire peloton took a break to booze with locals. Julien Moineau, the rider who didn’t stop for the beer wound up winning the stage by several minutes. It was later discovered that Moineau and his friends had organized the impromptu beer break.

However, after a ride beer can be bad news.

“If you’re having a couple of beers after each ride and you’re riding four or five days a week and you’re wanting to get better, get stronger, these drinks become a concern because we have evidence that muscle protein synthesis and muscle repair is hindered by alcohol for up to 24 hours,“ Nanci Guest, a registered dietitian who studies nutrigenomics, said.

“Even though a lot of people fall asleep after drinking, as the alcohol wears off, you’ll go from a deep sleep into a lighter sleep about four hours after drinking,” she explained. “A lot of repair and regeneration is happening overnight, and even a little bit of alcohol can impair your sleep.”

Rather than restricting yourself, Guest suggested making the most of a drink or two here or there.

“If you’re sort of wanting to do the right thing for your body, keep it to a bottle or a glass,” she said. “If you’re feeling like you deserve a little more and it’s not very frequent, have a pint. It’s all about what your goals are and weighing the cost/benefit analysis.”