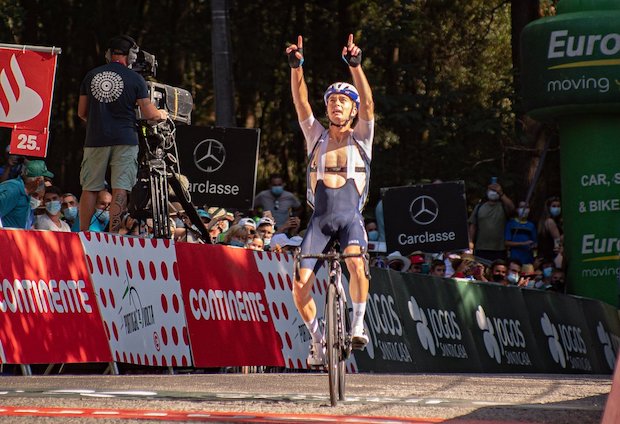 After a breakaway, Hollyman reached alone the finish line of the Santuario de Nossa Senhora da Assunção, a 2 cat climb. The British rider finished with a 35s advantage over Ricardo Mestre (W52-FC Porto).

“My biggest win by far – and the first since I was a junior three years ago,” said the young British rider.

“The stage was really tough, and it was a big fight for the break. All of the team did a great job helping me to stay at the front. It felt so good to cross the line in first. They worked so hard this tour and had such belief in me the last week, this was for them and everyone on the staff who go out of their way to make things perfect for us every day.”

Tomas Contte (Louletano-Loulé Concelho), who led the stage at some point, was third, 1 minute behind Hollyman.