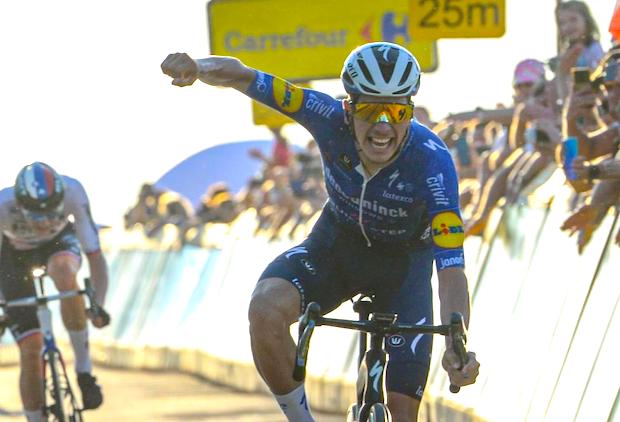 Joao Almeida was the strongest on the uphill finish of stage 2 at the Tour de Pologne and moved into the top spot on general classification.

You can rewatch STAGE 2 of 2021 Tour de Pologne HERE

The Portuguese rider attacked with 1.3km to go and outsprinted Diego Ulissi (UAE Team Emirates) at the line, after the Italia was able to make a late bridge on the climbed but didn’t had the final punch to beat Almeida.

“I am so happy, because this is such a great win for me. I was a bit nervous before the start of the final climb, but as soon as we arrived there I noticed how good I felt and decided to launch an all-or-nothing attack,” Almeida said.

“I focused only on myself and on managing my effort, and even after Ulissi came across I continued to remain calm and still had enough left to surge to victory.

“To get the win here, on such a brutal climb, gives me a lot of satisfaction, and the yellow jersey that came with it is just the cherry on the top. In the next days we will see what we can do in the general classification, but for the moment I want to enjoy this unforgettable day for me together with this amazing team that was again of such great help.”