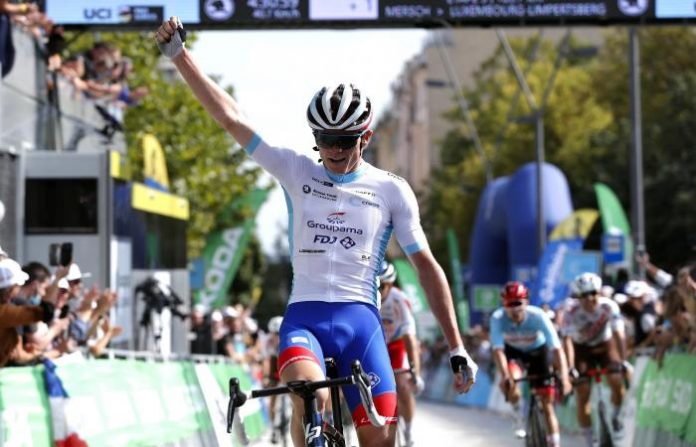 The Tour of Luxembourg ended on Saturday with another hilly stage. In the capital, after much climbing in the opening phase, the remaining riders had three local circuits of 11 kilometres, with two sharp climbs.

You can rewatch STAGE 5 of 2021 Tour de Luxembourg HERE

Joao Almeida would not lose his leader’s jersey again. After winning the opening stage and two second places on stage two and stage four, his lead over nearest competitor Marc Hirschi was 43 seconds.

A break with Ben King, Otto Vergaerde, Morten Hulgaard and Kenny Molly was harmless for the overall. Early on in the 184 kilometre stage, they gained a lead of several minutes. However, when the men in the peloton started to race, their attempt was soon over. In the final kilometres it was Sébastien Reichenbach (Groupama-FDJ) who tried to avoid a sprint and attacked.

The Swiss rider held out for a few kilometres, but his attack was neutralised 5 kilometres from the finish. In the final uphill sections there were attempts by Nairo Quintana, Oier Lazkano and Benoit Cosnefroy, but they would not succeed in winning the stage. Gaudu’s timing was a lot better: he would take the victory in Luxembourg City, ahead of overall winner Almeida, Latour and Hirschi.

“I knew I had to go all-out in the last kilometre to have a chance of winning, so that’s what I did. When I saw the yellow jersey come back, I was afraid of the same scenario. I continued to give everything and I was able to book a nice victory for me and the team. It is a perfect tour with a nice field of participants. I have really enjoyed it”, said Gaudu.