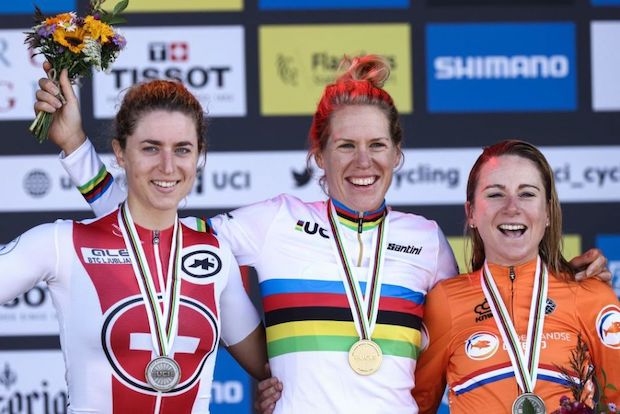 Van Dijk, world time trial champion in 2013, set a time of 36:05.28 on the 30.3km flat course from Knokke-Heist on the North Sea coast to the centre of Bruges to claim her second rainbow jersey.

Reusser, who won silver at the Tokyo Olympics, came in second over 10 seconds behind while twice world champion and Tokyo gold medallist Van Vleuten was third — 24 seconds off the pace.

“It’s been a dream for so long to get that world title again,” Van Dijk said. “This year everything felt so good but there was always this Marlen Reusser who was so strong. I knew that I had a really good level but I also knew that she was super, super strong.

“In the last couple of weeks, she beat me in every time trial and I knew it would become super difficult… It was good that I had no idea if it was good enough because I started one hour earlier than the favourites.”

Reusser was quicker after the first two checkpoints, going nearly three seconds faster at the second to leave Van Dijk sweating, but the Swiss lost time on the final section.