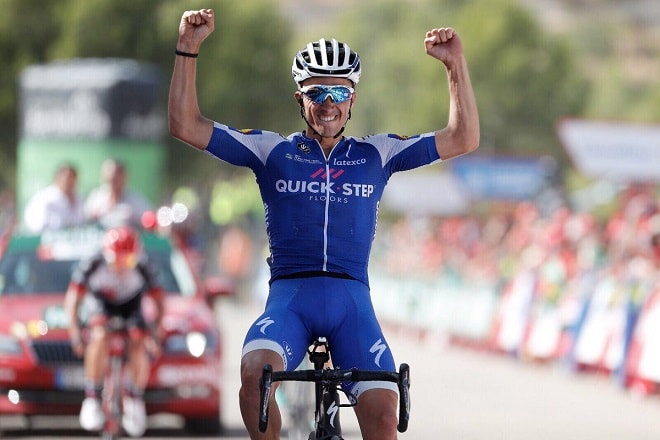 Froome showed he remains the man to beat overall as the Briton aims to become just the third man to win the Tour de France and the Vuelta in the same year.

The Sky rider left all of his general classification rivals, bar Alberto Contador, trailing on the category-one climb up Xorret de Cati before a short descent to the finish line to extend his lead over Esteban Chaves to 28 seconds.

“I certainly didn’t need to attack but I am good to take advantage of it whilst my legs are feeling good,” a confident Froome told Spanish TV station Teledeporte.

“The most important thing for me was to try and keep pushing trying to open up the time gaps and we’ll see where we are after fist rest day.”

Italian duo Vincenzo Nibali and Fabio Aru were in the group alongside Chaves, 17 seconds behind Froome, to fall 53 seconds and 1min 06sec behind the race lead respectively.

Despite a return to form in the past few days, three-time Vuelta winner Contador remains over three minutes behind in his final race before retirement after a poor start.

Sunday’s ninth stage contains another category one climb to the finish of the 174km ride from Orihuela to Cumbre del Sol.