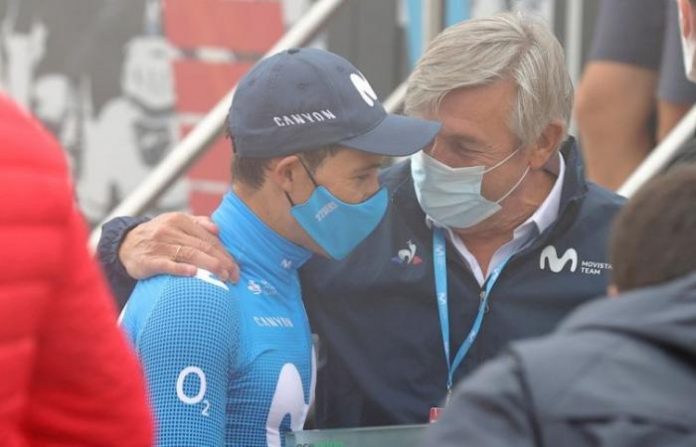 The general director of the Movistar, Eusebio Unzue, considers terminating the contract of Miguel Angel Lopez after the Colombian decided to leave the Vuelta during stage 20.

The Colombian climber missed a crucial mid-race split containing Jack Haig in stage 20 with around 20 km to go and once his podium spot was gone Lopez decided to stop.

“It was him who had to close this small gap, and unfortunately he could not,” Unzue told Onda Cero. “This is what caused the situation and the later consequences.”

“We’ve wanted to put a bit of distance between things, analyse the Vuelta, and in a couple of days take the definitive decision,” said Unzue. “There was a race situation that he was unable to resolve, and I think that generated in a sort of frustration and led him to the worst possible decision, which was to abandon, after all the work done by his teammates, and the lack of respect that showed to all of them, plus of course our sponsors and the race itself.”

“It’s true that up to the last days we had the possibility of having a rider on both the left and right of Primoz Roglic, but the events with Miguel Angel deprived us of that possibility,” said Unzue.