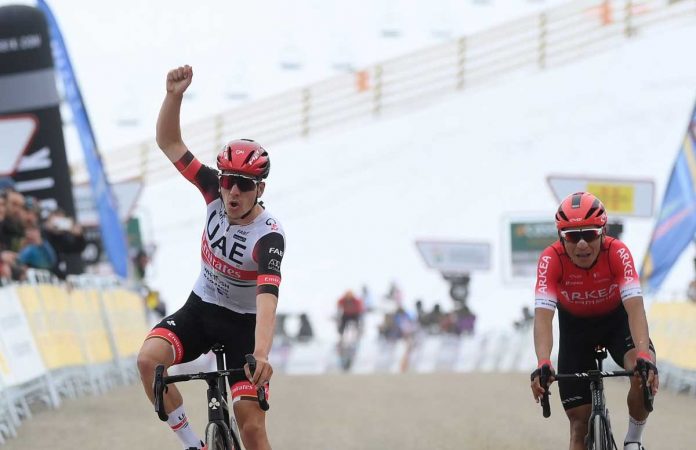 Joao Almeida won the fourth stage of the Volta a Catalunya on Thursday ahead of Nairo Quintana, who took the overall race lead.

The Portuguese rider jumped late to claim the stage win out of a three-way sprint of elite climbers.

“I am super happy. This season so far I have not been so lucky. I had a crash early today, but I am super happy with the win. I was feeling pretty good on the last climb,” Almeida said.

“I was always controlling my effort. Then I just did my pace, and in the end, I just sprinted for the victory. We have a strong team here. We had multiple riders to win, and we played the cards. In the end, we won. There are still some hard stages coming.”

Quintana took the race lead even though Almeida has the same provisional total time. Quintana is ahead because of his better finishing places so far. Sergio Higuita is third overall at 6 seconds

The overnight leader, Ben O’Connor, was dropped with 1.7 kilometres to go and lost 23 seconds. The AG2R rider fell to fourth, 16 seconds back.

On Friday, the fifth stage returns to the plains in Spain for a 206-kilometre ride from La Pobla de Segur to Vilanova i la Geltru.