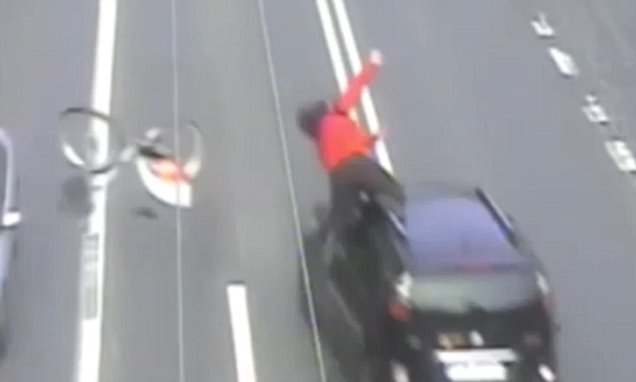 Disturbing footage of a Polish cyclist being launched into the air and sliding several meters down a road has been released by police in Poland, who want to warn cyclists about respecting road safety rules.

The cyclist did not sustain any fractures or internal injuries in the incident and returned home afterwards.

Disturbing footage shows cyclist being ‘thrown like a rag doll through the air’ after horrific head-on crash pic.twitter.com/PAB05t1EMj