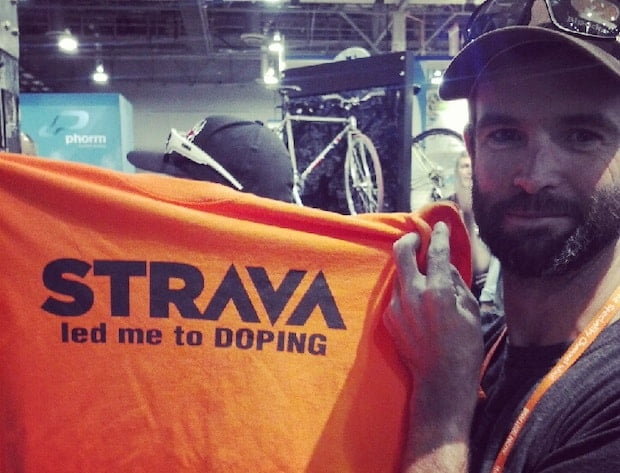 It used to be the case that you could ride your bike and that would be that. Now, we can measure every possible aspect of our rides and can make it all publicly viewable on the internet.

Among the cyclists raised in the app generation, there’s no smartphone notification as foreboding as one from Strava.

Countless riders have gone to great lengths over the years to convince people that they’re better than they actually are. Often that involves drugs, but drugs cost money, they’re potentially dangerous, and you run the risk of a ban. If you’re going to cheat, Digital EPO is an altogether less hazardous way of doing it.

Why go to all the trouble and pain of training and actually working up a sweat? You simply need to go for a ride at whatever intensity you like, upload your ride to GarminConnect or a similar performance-tracking website, then export it out as a TCX file.

Few years ago, there was actually a website where you could upload it, entering the amount of ‘juice’ you want to add to your ride. So, you could increase your speed, lower your heart rate, or increase the amount of climbing you’ve done.

In 2016, a cyclist holding more than 800 KOMs on Strava was linked to blood doping. Nicholas Brandt-Sorenson pleaded guilty to hawking performance-enhancing drugs online.

Although the 36-year-old didn’t cop to using such drugs, cycling authorities in 2011 suspended him for two years for a failed performance-enhancing drug test.

“As activities migrate from the real world into the virtual world, there seems to be less personal responsibility for what you say and do,” said Seth Davidson, a lawyer and avid cycling blogger.

Digital forums such as Strava “encourage people to behave differently”, he said. “That creates a real conundrum for the people who are so wrapped up in Strava.”