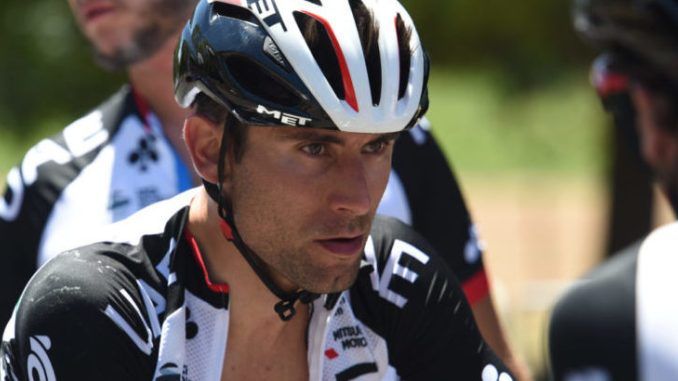 Following his adverse sample for salbutamol (1920 ng/ml) in 2014, Diego Ulissi underwent specially devised tests in Switzerland to recreate the conditions but could not recreate the results and was handed a nine-month ban.

The lawyer who represented Ulissi in 2014, Rocco Taminelli, says now that while there are many similarities between the Ulissi and Froome’s cases, there are some key differences that could have a big impact on the final outcome.

“What he is trying to do is very risky,” Taminelli told VeloNews. “They will try to argue that he did not take more than was allowed. Now he has to prove it, and that is the hard part. If you fail to prove it, you could get two years.”

“Ulissi was negligent, but he did not want to cheat,” Taminelli said. “He could explain why he took the Salbutamol for health reasons, and so he only got nine months.

“Froome is trying another approach. They are trying to say that he took the allowed amounts, but that his body did not expel it. The risk is higher, of course. If he fails he can get two years, and lose the Vuelta or the world championship bronze medal.”

“In our case, WADA and UCI wanted a longer ban, but they did not appeal it. That is the risk with Froome. If he cannot prove it at [CADF], it is a risk he can get a ban. After that, if you don’t agree, then you can go to CAS. Then it can be a pretty long process.”