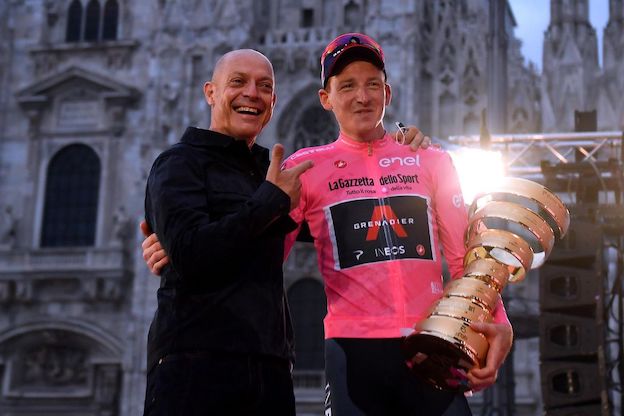 Tao Geoghegan Hart’s Giro d’Italia victory was a revelation for Ineos-Grenadiers manager, Dave Brailsford, who has proclaimed a new era at his team.

“When we started out Geraint was the leader, and when you think about what happened here, Filippo [Ganna] set the scene. Coming with the rainbow bands, got the TT sorted, got the pink jersey, then a massive disappointment Geraint going home,” Brailsford said.

“Filippo won that road stage in the hills everybody was like ‘wow…that’s an incredible performance’. That inspired everybody and we thought you know what guys let’s just open the race up, everybody race for stages, give everybody an opportunity, and Tao just follow everyone on GC.

“And I think he liked that, he grew into the role, there was no pressure on him, it was an adventure every day, he was getting better and better.”

“What I liked about this is, we’ve done the train, we’ve done the defensive style of riding and won a lot doing that, but it’s not as much fun, really, compared to this, is it?”

“At the end of day, the sport is about racing, it’s about emotion and the exhilarating moments of racing, and that’s what we want to be. We’re Grenadiers now.”

“I’m emotional. I’m intense at times and I’m always thinking about things but I came to this sport as a young guy because I love racing. That’s  what attracted me.

“We’ve won a lot over the last ten years but then you think: What’s it all about? It’s how you go about racing, it’s about the racers. It’s about Rohan Dennis’ story or Tao from London. He went to see Bradley Wiggins when we launched Team Sky and here he is now doing this, it all connects.

“I’m relishing the new philosophy that the sport has. We’ve got to embrace that and see how good we can be at racing.”

Vlasov could sign with Ineos despite ongoing contract with Astana 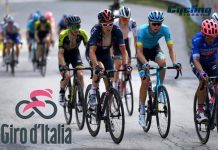