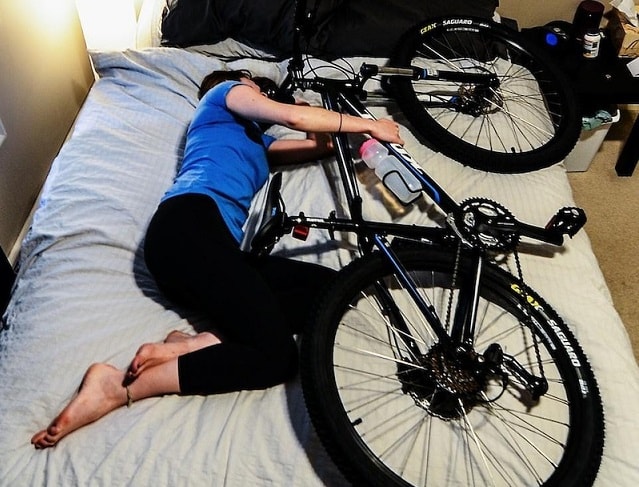 A researcher from the University of Alberta’s Faculty of Agricultural, Life and Environmental Sciences found that people’s identities are connected to their bicycles.

The findings suggest that cyclists are attached to their bikes and form strong emotional bonds with them. It’s a conclusion that won’t surprise many avid or frequent cyclists who have experienced a lot with their two-wheeled steed.

As part of the study, researcher Karly Coleman interviewed 28 cycling enthusiasts to get a handle on how people’s identities are linked to their bicycles.

Coleman found the users formed strong bonds with their bikes, and in many cases were quite attached.

“They all really loved their way of getting around and how they can interact with the world as a consequence of the way they’re moving through it,” Coleman said.

The survey participants said they also got to know the city better as they were more likely to travel through small streets or back alleys.

“You know your neighbourhood intimately; you know the stop signs, the potholes, your neighbours, the dog that will brush the fence … It creates a way of knowing a place that is really, really strong,” Coleman said.

One of the main positive effects of riding a bike is the friendships created and the memorable experiences that cyclists have.

“It does create a desire to ride it more frequently,” Coleman said. “You experience pleasurable memories of going out with your friends. I think that’s why people are so devastated when they are stolen.”

“Mostly, cars provide the skeleton that doesn’t connect you as intimately or as tangibly with your environment,” Coleman went on. “In your car, it’s very unlikely that if you see your neighbour, you’ll stop your car and roll down your window and hold up a great deal of traffic to chat with them about their flowers.

“You’re not going to have those conversations.”