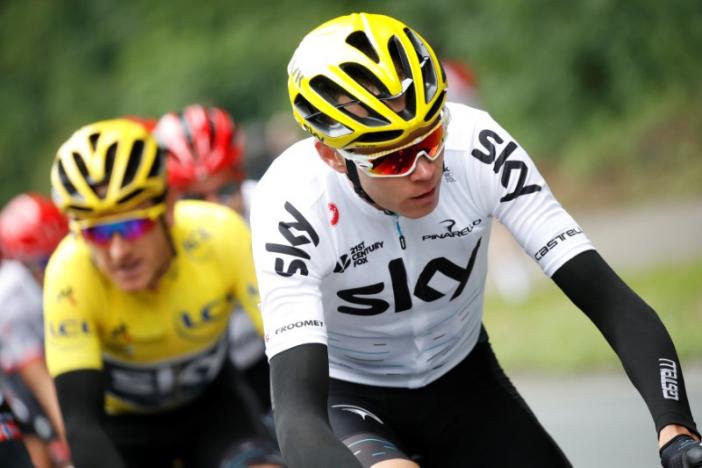 (AFP) – Four-time Tour de France champion Chris Froome, subject of an ongoing probe into an adverse doping test, will take part in the Tour of the Alps, it was confirmed Wednesday.

The Briton, who has this season already finished 10th in the Ruta del Sol and 34th in the Tirreno-Adriatico, will use the Tour of the Alps (formerly known as the Giro del Trentino) as his last warm-up for the Giro d’Italia, the first stage of which is scheduled for Jerusalem on May 4.

Froome’s Team Sky have dominated the Tour of the Alps in recent years, with Geraint Thomas, Mikel Landa and Richie Porte having won the last three editions.

The Tour this year starts in Arco and finishes with two stages in Austria, in Lienz and then Innsbruck.

Froome returned an adverse analytical finding for the asthma drug salbutamol at the Vuelta a Espana in September — a race he won in a historic Tour-Vuelta double.

The 32-year-old Team Sky rider is involved in a legal and scientific wrangle with the International Cycling Union’s (UCI’s) independent anti-doping unit about how that finding happened. He insists there has been no wrongdoing on his or the team’s part.

Although salbutamol is permitted in certain doses, Froome gave a urine reading of twice the allowed limit. The investigation is ongoing and Froome continues to compete.