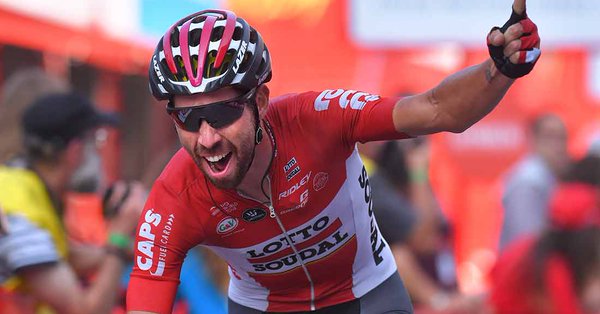 Thomas De Gendt (Lotto-Soudal) rode to victory on the third stage of the 2018 Volta a Catalunya, taking the overall race lead with it as he rode celebrating into the finish in Camprodón.

The Belgian rider was part of the escape of the day and managed to stay ahead until the last moment.

De Gendt made a move to the front with more than 20 kilometers to go and held on until the end to clinch the 199-kilometer (123-mile) stage.

De Gendt said: ”I didn’t expect it. It was really difficult with so much headwind.”