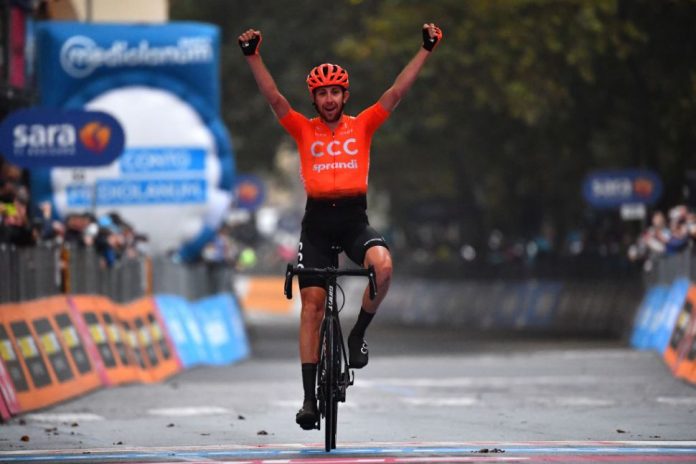 Josef Cerny won the 19th stage of the Giro d’Italia which started amid chaos and was halved in length on Friday following a protest by the riders against the conditions.

Cerny broke away from the leading group around 22 kilometres from the end of the 123-kilometre stage and managed to hold onto his lead until the finishing line in the town of Asti to claim the biggest win of his career. Victor Campenaerts’ late attack was in vain as he finished second.

“We were standing in the start line and the organiser said we could shorten it a bit. It was very nice because we had the last three days really heavy and it was a hard day, especially with the rain. I’m really happy I was lucky in the breakaway. We were working together. In the final, it was just who had the better legs. I’m really happy. I still don’t believe it. It was so quick, it’s incredible. I can’t describe it,” Cerny said.

The stage was scheduled to run 258 kilometres from Morbegno to Asti but, shortly before the start, the riders protested about racing so far in wet conditions one day after a brutal mountain stage.

After organisers agreed to their demands, the race started as planned but, after eight kilometres, the riders got on their team buses and were taken to a new starting point at Abbiategrasso.

Wilco Keldermen kept the maglia rosa after finishing with the peloton which crossed the line nearly 12 minutes behind Cerny.

There are two stages to go in the race which finishes in Milan on Sunday. 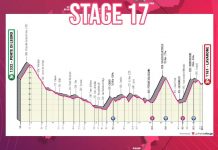