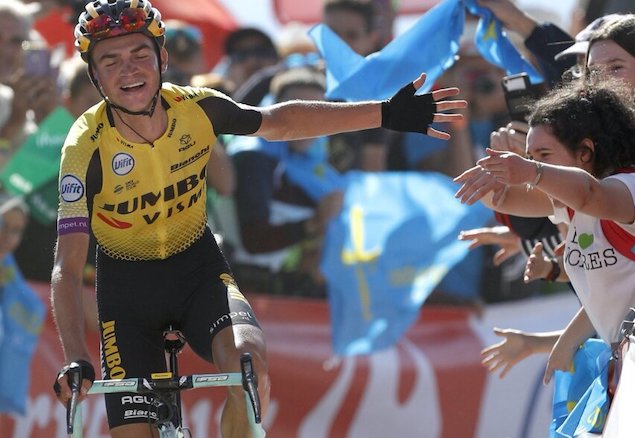 The third and final Grand Tour of the season is upon us, as Spain always provides an exciting way to round off the year. Renowned for the number of summit finishes and the testing parcours, it’s certainly a challenge for all who attend.

The 2020 race is set to be a little different however, with restrictions put in place due to the ongoing coronavirus pandemic, there have been a number of changes that could have a huge impact on the more favoured racers. One of the primary changes has been with the race length, as it has been shortened from 21 stages to 18. This change favours some over others. The sprinters will have slim pickings with only four days and eight summits, but despite these changes it should still be an exciting conclusion to the season. With the first day having already started on the 20th and the conclusion on November 8th, there’s still plenty of racing to follow.

The event could turn out to be great for US fans too. Cycling has made a bit of a comeback in recent years largely thanks to a growing number of youngsters putting up great performances. In 2019, Chloe Dygert put up an impressive performance in the elite women’s time trials by winning the event by the widest margin in history. The 18 year old Quinn Simmons was able to take gold at the junior men’s road race at the world championships, and others such as Kate Courtney becoming the first American to win the overall cross-country title for the UCI Mountain Bike World Cup in 17 years. These efforts have brought the US back into contention for titles in the cycling world and with the last US winner at Vuelta a Espana coming from Chris Horner back in 2013, there’s certainly a gap to fill.

The disparity had already been shown during the Tour De France. This year only three riders from the US were represented at the event – there are a number of reasons for this, the reduction of tour rosters has put a limited number of spots out there and teams are under pressure to ensure they’re bringing the best riders. This can often leave the younger, or untested riders at home to ensure the teams goals are aligned. Similarly, the US registered teams are bringing US riders – both Trek-Segafredo and the CCC team which are US registered didn’t bring US riders to represent them this year. Scandals throughout the year may have tainted the US perception of cycling too – with legends such as Greg LeMond kicking off the success at the Tour de France, later controversy around names such as Lance Armstrong and Floyd Landis may have left a sour taste in the mouths of many fans.

With the rising stardom of many of these youngsters however, American cycling is looking to perform once again. Sport sites reviewed at legalbetting.com have 26 year old American cyclist Sepp Kuss within the top 10 favourites to win at Vuelta at a general 20/1. Whilst his teammates in Primož Roglič and Tom Dumoulin take the number one and two spots for favourites. Sepp has shown that he can certainly compete with his many strengths – the shortened race length could certainly be in favour too, as a bonus for his hard work already Kuss has earned the Vuelta’s best climber’s jersey showing he has certainly earned his spot so highly in the odds.

The young rider has been out since the world championships but is so far happy with his performance in the opening of the event – “Was it a surprise? A little bit. Normally if it’s a harder start to a stage race like this, I sometimes struggle a little bit, and it takes me a bit of time to get into the rhythm.” Whilst he has stated the overall goal is to ensure a win for the team with one of the two captains, it must be a good feeling to be represented so highly as one of the betting favourites and will certainly motivate a stronger performance. A good performance here could also continue the great performances being put up by US riders and once again bring cycling back to the US audience.