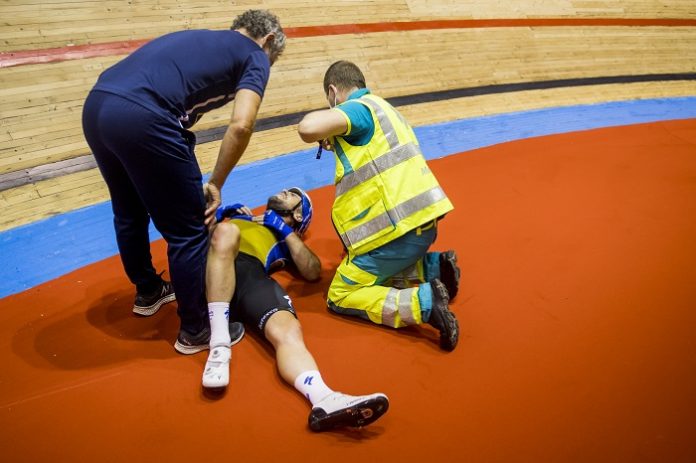 Cavendish was riding in the Madison on Sunday when Danish world and Olympic champion Lasse Norman Hansen crashed in front of him after Gerben Thijssen slipped on a wet patch on the track.

The 36-year-old, winner of a record-equalling 34 stages on the Tour de France, rode into the Dane’s bike, sending him tumbling to the floor.

“Examinations showed that Mark has suffered two broken ribs on this left side and has a small pneumothorax (collapsed lung), both of which have been treated with medication. He has been kept in the hospital for observation,” Deceuninck Quick-Step said.

“It is expected that Mark will be discharged either later today or tomorrow morning, and will then undergo a period of recuperation.”