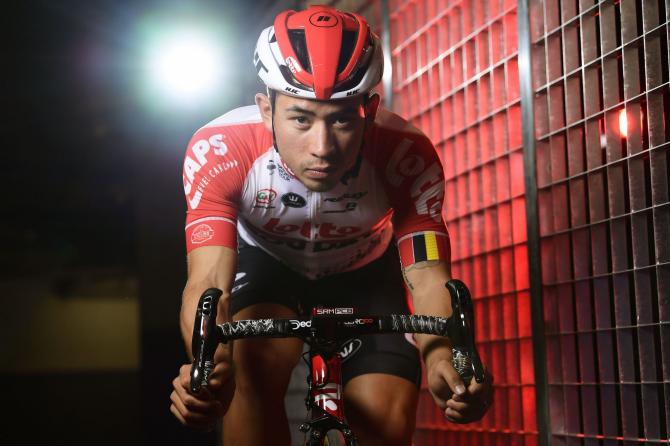 At only 26-years-old, Caleb Ewan (Lotto Soudal) is already part of an exclusivist group of cyclists with stage victories in all Grand Tours.

“My big goal for 2021 is to win stages in all three grand tours in one year,” Ewan said. “There haven’t been too many people who’ve done it in the history of cycling, so that’s my big goal.”

“Sometimes it seems like a good idea at the beginning of the season [to ride all 3 Grand Tours], but after the Tour, the thought of riding the bike again can be a bit daunting,” Ewan said. “If I can get through the Giro and the Tour with wins, then I will seriously consider doing the Vuelta.”

The green jersey on his mind

“If it’s there, it’s something I will look at,” Ewan told reporters. “There are a lot of sprints in this year’s Tour, and it is something that I will think about. I was waiting for a Tour with a lot of sprints when I won’t have to chase the intermediate sprints, and I can pick up points in the final sprints.”

Milano-Sanremo harder and harder to win

“San Remo is always a goal of mine. It’s the only monument I can realistically win,” he said. “It’s harder now with riders like van Aert, [Mathieu] van der Poel and Alaphilippe; they go uphill faster than me, and they can still sprint pretty good. Milano-Sanremo is almost becoming out of reach.”