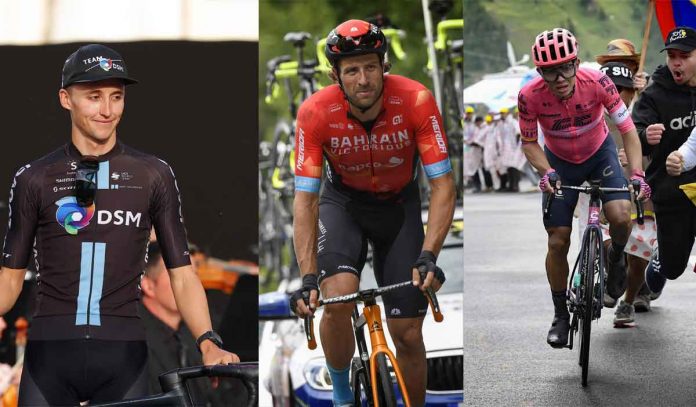 Earlier this week, the German team said they will be bringing in former Tour de France green jersey winner Sam Bennett as a replacement for three-time former world champion Sagan, who will leave for TotalEnergies at the end of the current campaign.

Hindley will arrive from DSM and was likely to race the Vuelta a Espana which starts on August 14 before his current team withdrew the 25-year-old for “recovery” reasons.

“The signing of Jai, Sergio and Marco is an important step towards adding further depth to our squad,” Bora team manager Ralph Denk said. “Jai will clearly be orienting himself towards the GC with us.

“We think that second place in the 2020 Giro is not the end of the journey and we will continue to work together to bring more consistency to his performances,” he added.

Sagan, 31, who reportedly earned 5 million euros a year at Bora, will take Daniel Oss and Maciej Bodnar with him to the French team.