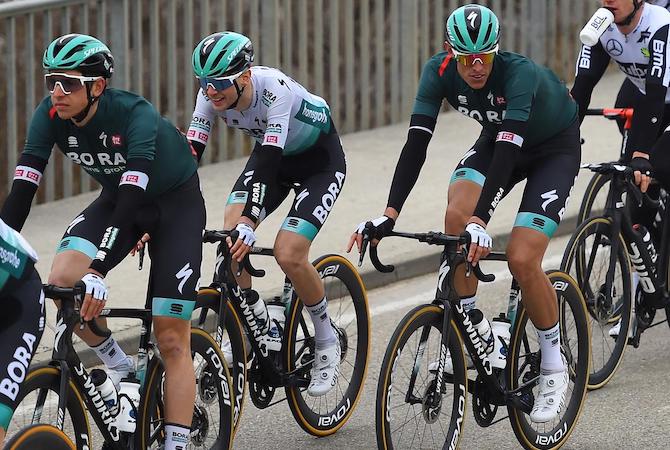 Bora-hansgrohe and Trek-Segafredo will start on Wednesday in Dwars door Vlaanderen after getting the green light from UCI and organisers.

A mandatory quarantine was previously reported for the whole of Bora-hansgrohe up to and including Thursday 1 April, because the entire team was a so-called “high-risk contact” of the positively tested Matthew Walls. Due to this quarantine, the German team also had to miss the E3 Saxo Bank Classic and Gent-Wevelgem.

“This has been a difficult situation not only for us, but also for several others who have been involved. We are aware that health, whether of individual athletes or in society at large, must always come first,” said Bora-Hansgrohe team manager Ralph Denk. “Nevertheless, professionals should be able to practice their profession unless there is an understandable reason to prohibit it.”

Trek-Segafredo may, despite two corona positives the day before Gent-Wevelgem, also start in Dwars door Vlaanderen. All riders and staff members who were a “low-risk contact” were retested on Tuesday. Those test results were all negative.

Jasper Stuyven, Koen de Kort, Ryan Mullen, Kiel Reijnen, Quinn Simmons and Edward Theuns may therefore start in the team of sports director Steven de Jongh. Not Mads Pedersen, the Dane was a close contact of one of the infected people, as well as Alex Kirsch.