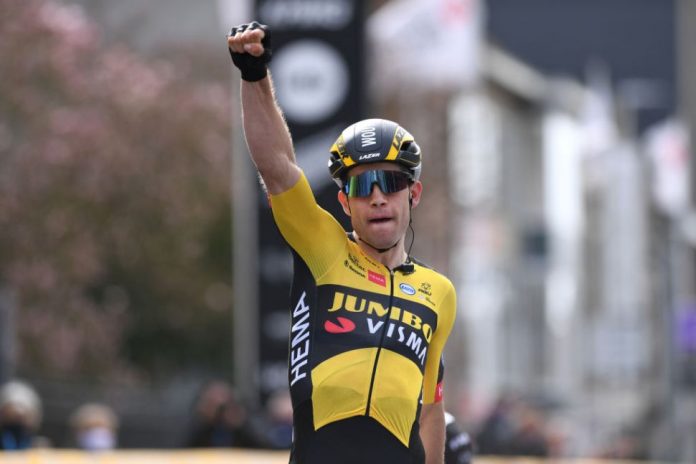 “This victory counts so much to me, it being my first home road race win,” said Van Aert.

The 247.5km race was hit by two teams pulling out due to positive Covid-19 tests, while a mid-race fire near the finish line also saw organisers scramble to reroute the closing kilometres.

“We were all a bit lost with the reroute but the organisers were right to reroute,” Nizzolo said. “You can’t say it changed the outcome.”

Sam Bennett put in a brave attempt but unexpected winds put paid to his efforts over the already tough cobble-strewn and hill-laden run through Flanders.

Van Aert had a teammate Nathan Van Hooydonck with him in a long range 20-man breakaway that gradually whittled down on a fast and tough race.

“We were able to launch early enough. Everything went perfect and nobody came past,” said Van Aert. “The whole day in the crosswinds, this is a massive effort but definitely worth it,” said Van Aert, who raised his arms in victory over the cobbled finish line.

“This sets me up nicely and I can go into the Tour of Flanders next week with lots of confidence.”