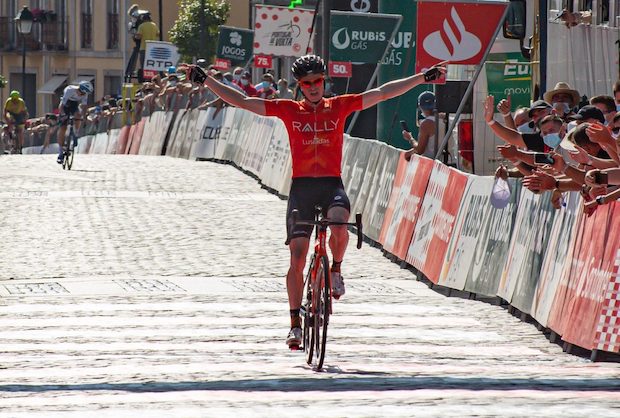 For the second consecutive day at the Volta a Portugal, the stage victory came from the breakaway as Benjamin King proved to be the strongest in Fafe.

The 182.4-kilometer stage between Viana do Castelo and Fafe was preceded by another important abandon due to a covid outbreak. Race leader Daniel Freitas had to leave the Volta before stage 6 after 3 riders from his Radio Popular Boavista team tested positive.

With a breakaway that did not represent a danger for Alejandro Marque’s leadership, Tavira did not want to waste forces and the Spanish rider finished with the peloton, more than 8 minutes behind the winner of the stage

The Volta a Portugal continues this Thursday with the seventh stage, the longest of this race, with 193.2 kilometers between Felgueiras and Bragança.