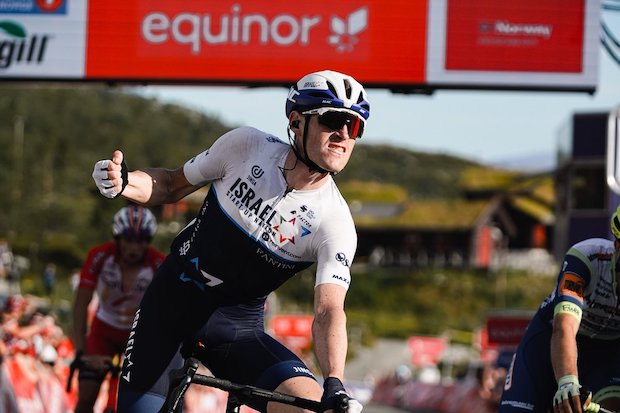 Ben Hermans has won the queen stage in the Arctic Race of Norway as he was the best in a group of three riders on the final climb to the ski village of Målselv.

The Belgian rider outsprinted Odd Christian Eiking (Intermarché-Wanty-Gobert) and Victor Lafay (Cofidis) to take the victory and the lead on the general classification with one stage to go.

“It was so nice because I won here also in 2015 and I’ve replayed this finish many times when I was riding on the rollers because it was so surprising that I won,” Hermans said.

“It was really nice to do it again just the same. When you start as a favourite there’s a really big thing that falls off your shoulders. I’m so happy I could finish this off for the team.”

Former race leader Alexander Kristoff was distanced by more than a minute on the final climb and dropped to 15th overall.