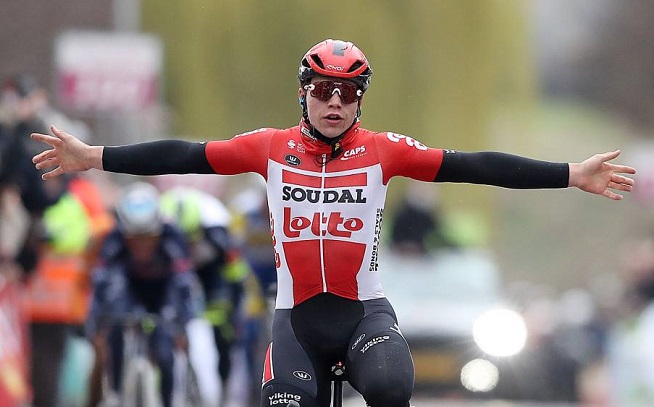 Arnaud De Lie took the victory at the Volta Limburg after a hilly 195-kilometer long race around Eijsden.

A small group formed over the final section of the race, but a sprint finish could not be prevented towards the finale. It was a small group, but with De Lie having resisted all attacks until the finish, he was the man to beat despite his young age.

He however did not disappoint, as he took to the final corner in front for the cobbled finish in front of the six-rider group, and got a big gap in the dash towards the line for a victory in style. Stefano Oldani and Loic Vliegen completed the podium.