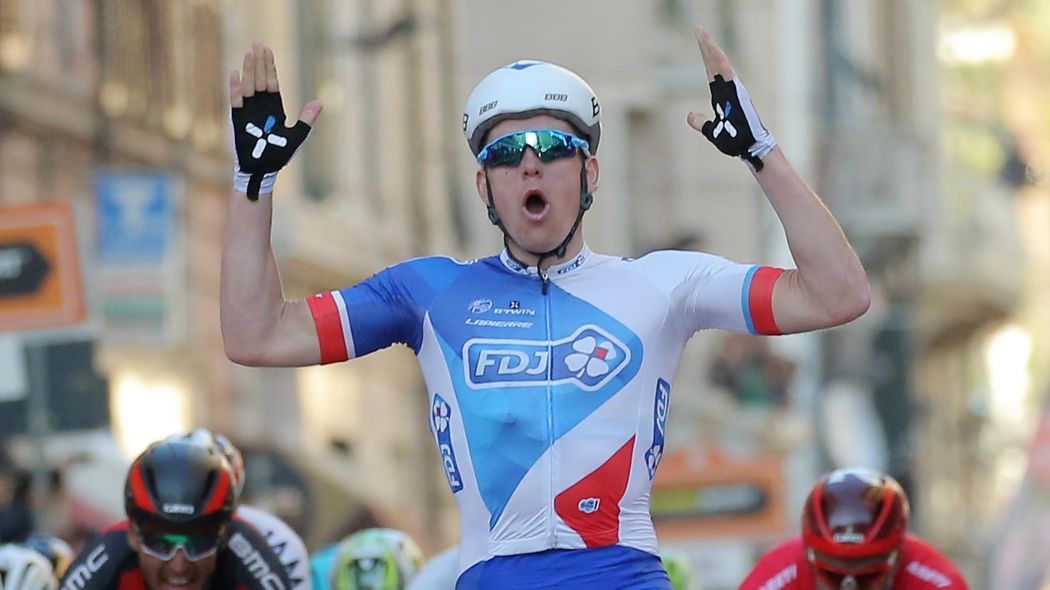 Arnaud Demare (FDJ) won the second stage of the Criterium du Dauphine in a spectacular sprint for the finish in Arlanc.

“I knew it would be a hard day and a bunch sprint finish wasn’t a sure thing,” said Demare.

“Overall, it was a demanding stage but we were well focused at the end. I knew it could suit me and I’m happy to see the hard work paying off.”