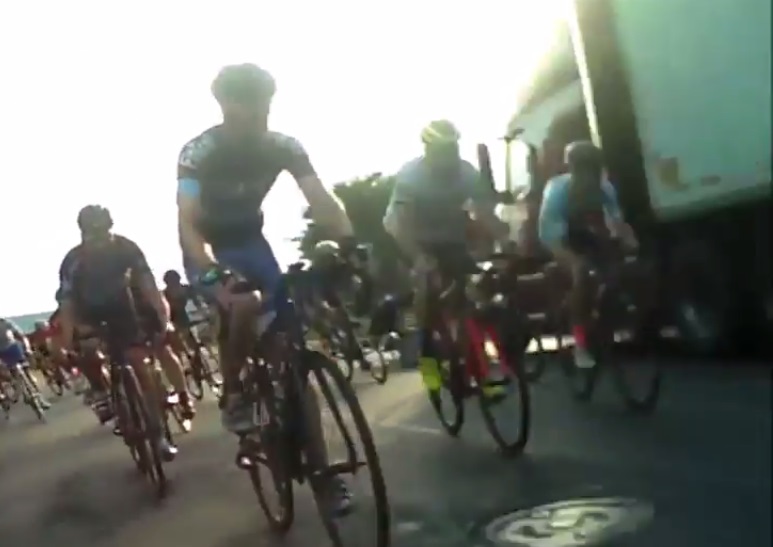 The driver of an 18-wheeler that collided with three cyclists will not be charged because the cyclists were participating in an unsanctioned race in Charlotte, U.S.A.

The cyclists told police the trucker turned into their path, causing the collision. However, investigators said, the cyclists did not have permission to be racing on city streets, and the trucker was not at fault.