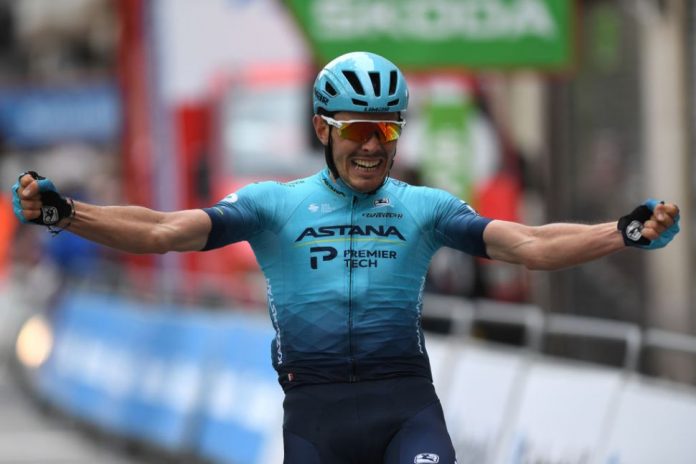 Alex Aranburu won second stage of the Tour of the Basque Country, while Primoz Roglic retained the overall race lead.

Aranburu attacked 10km out from the finish of the 154.8km run between Zalla and Sestao.

Finishing with a steep, narrow 3.1km climb where the first three riders gain times bonuses of 10, six and four seconds, the Spaniard crossed the line 15 seconds ahead of a group led by teammate Omar Fraile. Tadej Pogacar rounded out the stage podium.

The 25-year-old, whose result saw him move into second spot in the general classification 5sec behind the yellow-jerseyed Roglic, said his final solo run-in had not been too bad.

“I felt good, I saw the opportunity, I attacked and I gave everything right through to the end.”

Wednesday’s third stage is a 167km ride from Amurrio to Ermualde.