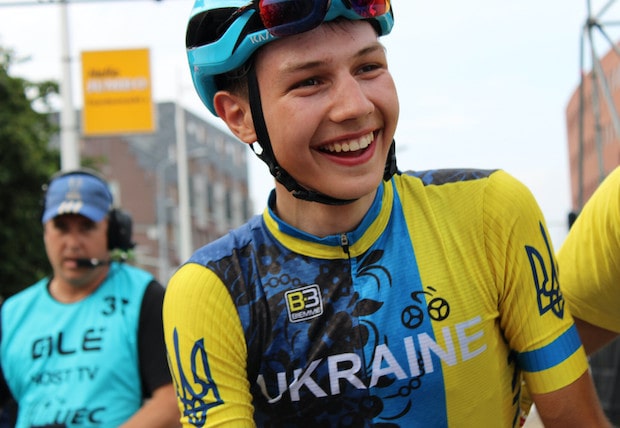 Andrii Ponomar signed for Androni Giocattoli last February, jumping straight from the juniors to professional category. The 18-year-old Ukrainian was selected by Gianni Savio for the 2021 Giro d’Italia, making him the youngest to compete since 1929.

The cyclist from Chernihiv was born on September 5, 2002 and will be 18 years and 246 days old on May 8, when he starts the ‘Corsa Rosa’ with an individual time trial in Turin. At his first grand tour he will arrive with only 1,537 kilometers raced in the professional peloton.

His debut was nothing more and nothing less than in Milano-Sanremo, where he finished the 300 kilometers classic in 83rd place out of 172 riders who took the start.

Days later, he took the start in the Settimana Internazionale Coppi e Bartali. In the five-day race he finished in 34th position, after working for his teammates Alexander Cepeda and Natnael Tesfatsion, with whom he will also share the team in the Giro. After a month without racing, Ponomar returned to the competition two weeks ago at the Belgrade Banjaluka (2.1), where he was best young rider and showed good form, convincing Savio to include him in the ‘8’ for the Giro.

To find a participant younger than Ponomar, we must go back to 1928. In that edition, the local Luigi Errico finished the competition in 105th place. Born on February 2, 1910, the Italian was 18 years, 3 months and 10 days old when he started the ‘Corsa Rosa’. He was 146 days younger than Ponomar, who was Junior European champion in 2019.

“I started pedaling when I was 11 years old. I fell in love with cycling watching the exploits of Yaroslav Popovych. Last year I came to Italy to race in the Junior category. I immediately felt comfortable here because there is the right climate, there are many ways to train and work peacefully to find the right condition. Now I am here with Androni and I feel very lucky. It’s a great group and all my colleagues are nice,” Ponomar says.

Unknown to many, Ponomar described himself as “a cyclist fit for climbs, but not too long.” In addition, the Ukrainian said that “I defend myself on the flat and I have good potential in time trials”, making it a very promising ‘all-rounder’.