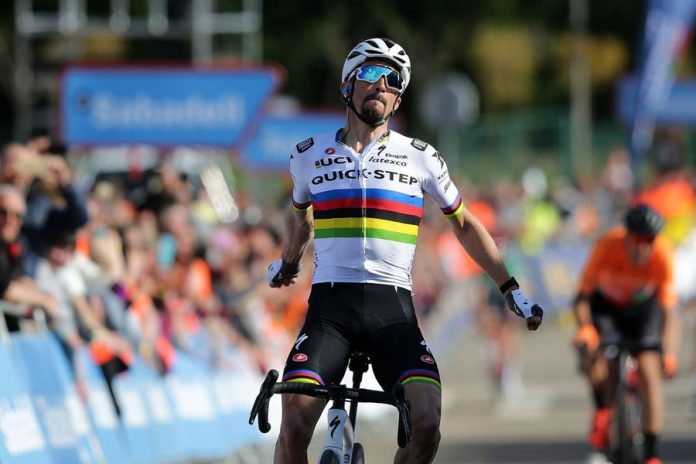 World champion Julian Alaphilippe galvanised his team to reel in a breakaway in the final kilometre before surging ahead himself to win stage two of the Tour of the Basque Country on Tuesday.

The largely flat 207.9 kilometre stage 2 ran through Rioja vineyards on a bright day with the peloton reluctant to race too fast with four hilly and mountain stages coming up.

“The other teams were reluctant to roll so we had to do a lot of work ourselves,” explained Alaphilippe, whose lead out train was headed by Evenepoel.

“We’re really happy with the win,” said the Frenchman.

It had appeared that an early breakaway would make it to the finish line first but the last of the four men, Kern Pharma rider Ibon Ruiz, was overtaken an agonising 400m from the line.

There is likely to be a shake up during stage three’s hilly run from Laudio to Amurrio on Wednesday.