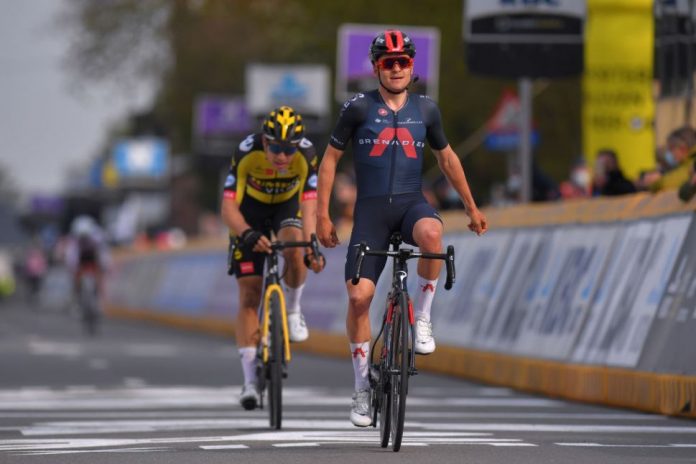 2022 Brabantse Pijl starts in Leuven and finishes in Overisje with a first half of the race that rolls over undulating Flanders countryside. Attacks normally come fast and furious in the first 20 kms. It is the second half of the race where the race generally kicks off with a myriad of sharp climbs destined to try the very best. Among the most notable of these are the Hertstraat, the Hagaard and the Moskesstraat, a picturesque 500meter cobbled climb with a sharp right turn into it where the riders may explode or implode. The decisive attacks frequently come 12-20kms from the finish. 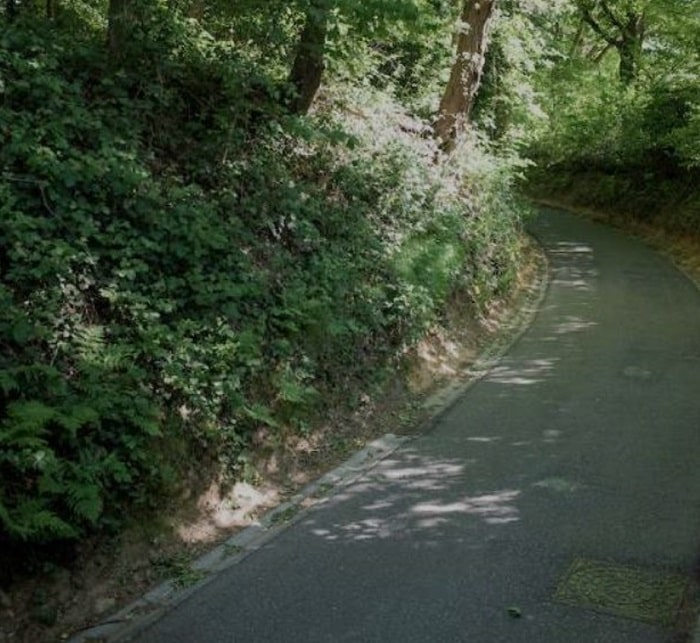 ‘Hert Gaan’ means to ride fast. This 700meter climb often is a focal point of excitement. 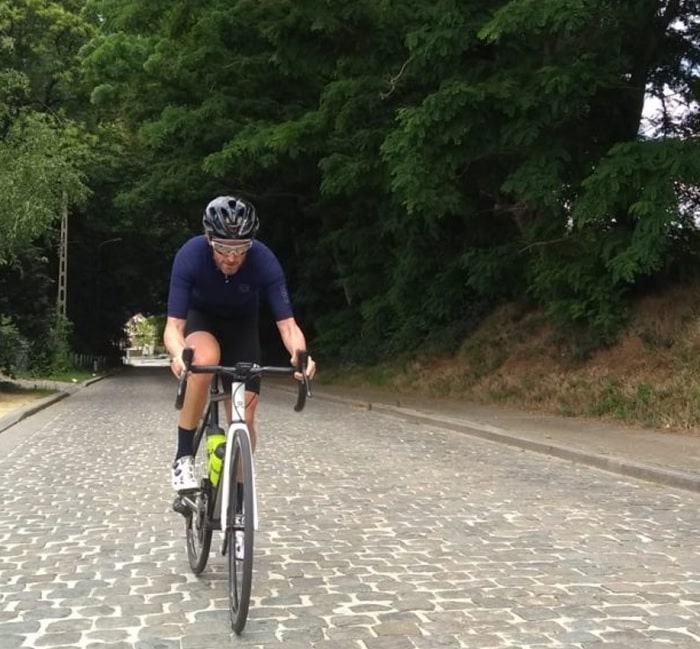 With 16 kms remaining Pidcock attacked and was followed by Van Aert. Subsequent attacks by Teuns and Cosnefroy could not quite bring them back with Pidcock holding out to pip Van Aert on the line.

Dries Devenyns finished tenth making it the worst showing by the home nation in the history of the race. With 11 kms to go Alaphilippe attacked and was joined by Van Der Poel and Cosnefroy. Colbrelli bridged the gap to them but the world champion won it snugly.

The weather in Leuven for the racestart will be cloudy, with a slight chance of rain at 18 degrees and negligible winds. The chance of showers may persist along the course but overall weather conditions should be favourable to riders with conditions similar to Sunday’s Amstel.

Benoit Cosnefroy – 2nd in Amstel Gold Race on Sunday finished 3rd in 2020 and finished 8th last year. The Frenchman is clearly in top form this Spring and we can expect a strong ride from the AG2R man.

Marc Hirschi – 9th in Amstel Gold Race on Sunday, sprinted to 8th at GP Indurain and after a disappointing 2021 by his high standards Marc is proving that UAE are not a one trick pony.

Julian Alaphilippe – Won a stage in Itzulia and two 2nd places on stages so don’t discount the World Champion out of contention also won the race in 2020. No Frenchman has ever won this twice, can Julian make a little history here?

Tom Pidcock – Last year’s winner, 3rd at Dwars door Vlaanderen is making a name for himself as a Spring Classics specialist. Ineos are also finding form following their victory in the Amstel Gold Race last weekend.

Dylan Teuns – 6th at Ronde, 10th at Amstel Gold Race, 7th last year. The Belgian is clearly in good form and a strong ride is anticipated from the Bahrain cyclist.

Elisa Balsamo – One of the favourites in excellent form, 4th at Omloop Het Nieuwsblad, 1st at Gent-Wevelgem, 1st at Trofeo Binda , 2nd in Ronde, 8th at Amstel and surely cannot be discounted.

Liane Lippert – 3rd at Amstel and beat the likes of Annemiek van Vleuten and Niewiadoma in the sprint.

Juliette Labous – Finished 6th last year just behind the group containing Vollering and Balsamo should be in contention for a top 10 finish.

Without the likes of Van Aert and Van Der Poel, we must consider Julian Alaphilippe to be a serious contender. After a short lay-off he seems to be back to his best.

Cosnefroy showed in the Amstel Gold Race he is strong this month as Kwiatkowski will testify after their tough battle to the line on Sunday.

Kwiatowski of course is aiming for a quick double of victories and there may be again very little between himself and the Frenchman at the finish.

Finally, Michael Matthews has been riding strongly of late. The races have not been going his way but there is strong evidence that he could be involved in the finish when they arrive at Overisje

Pidcock could again offer a strong showing in the colours of Ineos.

There are several riders that are difficult to pass over Hirschi, Valgren, Remco (one never knows), Teuns and Hayter.

SD WORKS TEAM is coming with a very strong team: Marlen Reusser, Demi Vollering, Ashleigh Moolman-Pasio, and Niamh Fisher-Black. Who will be first on finishing line?

Maria Giulia Confalonieri had 2 podiums in last 30 days she is in fine form.

Chiara Consonni had very good results in the same period.

Arlenis Sierra was a bit short of full performance at the Amstel Gold Race, but showed well.

Tom Pidcock: There were persistent rumours that Tom was not 100% in the Amstel. He won this last year when it was held before the Amstel where he was shaded on the line. Today may be his day.

Benoit Cosnefroy: Has to be an obvious choice as he was for the Amstel but how much has Sunday’s disappointment affected him? He has top 10 ed in this in the previous two runnings and Pidcock almost won both last year. A tentative selection.

Dylan Teuns: he rode an excellent race in the Amstel and may have felt he deserved more than a tenth place finish. The same could be said for his 7th place finish here last year where he was caught out by Alaphilippe’s decisive break.

Tim Wellens: He came home at 1’50 in the Amstel but there was a lot to like about his ride. Winner here in 2018, and a podium finish in 2019 clearly indicates he has what it takes to win this and the Belgians love this race. Only three times since its inception has there not been a Belgian on the podium.

Julian Alalphilippe: He is back riding with the usual confidence, a previous winner here, he had a good Tour du Pays Basque. He is the type who will either win or not be in the top ten. Will this be the first of a hat-trick (Brabant, Liege- Bastogne-Liege and Fleche Wallonne) for Quickstep, Alaphilippe and Remco?

Anna Van Der Breggen will not be back to defend her crown which leaves Margarita Garcia who rode an attacking Amstel and fifth in this last year.

Ashleigh Moolman-Pasio missed Cavalli’s decisive attack Sunday and will be kicking herself but could compensate here.

Lianne Lippert rode impressively in the Amstel and perhaps will be there or thereabouts here also.

The Canadians have been quiet of late. Perhaps Alison Jackson could make the North American presence felt here.

Tom Pidcock: He has been growing in strength. His legs were itching , not being able to make more of a move in Amstel Gold Race due to Kwiato being up front.

Julian Alaphilippe: Loulou and Remco have been practising their run-in Itzulia. Dani Martinez and Bilbao are not here but he still does not look at his best yet.

Marc Hirschi: After a hard year, he looks to be getting back to where we were expecting him. Got the climbing ability but not the best sprint.

Michael Matthews : Sharp but always seems to miss the crucial move expecting someone else to close the gap to bring him to a sprint

Benoit Cosnefroy: Looked the strongest in Amstel Gold race. Closed the gap by himself and did most of the riding afterwards. His opponents know his form and he will be carefully watched.

Ashley Moolman-Pasio: It is her last season and she did the work for Demi Vollering in Amstel Gold race. I expect the role to be reversed and not having to worry about Van Vleuten

Demi Vollering: Repeat of Amstel Gold race, this time with Ashley Moolman being more careful while looking back and bringing Demi to the sprint

Elisa Balsamo: The rider of the moment. Everybody is afraid of her sprint. Sd Works did everything to drop her in Amstel Gold race and she still  finished 8th. She finished 3rd last year despite not having a team like Trek Segafredo to support her.

Liane Lippert : She will be motivated by her performance in Amstel Gold race. She can beat the SD girls in a small group sprint.