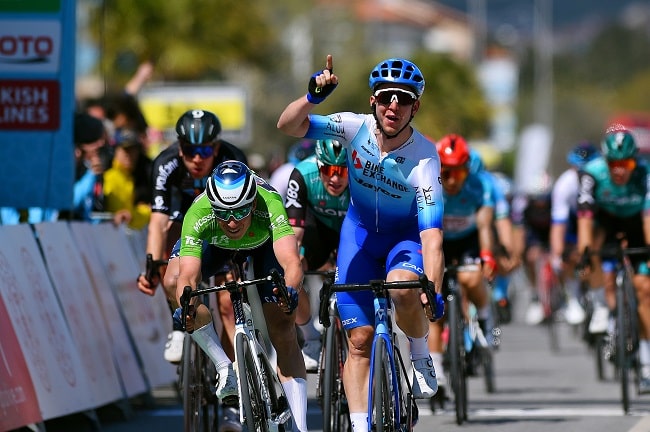 Kaden Groves powered to his second win of the season on stage two of the Tour of Turkey.

After being boxed out on yesterday’s opening stage, Groves made no mistake today as he demonstrated his raw power and speed to squeeze through a gap and race away to victory in Alaçatı.

“It’s pretty amazing! I’m very happy to back up with another win already this season and I can’t thank my team enough today, they did such a great job”, said Groves.

A crash just outside of the 3km mark brought down Nairo Quintana and he ultimately lost 1min44s, knocking him out of GC contention.

Nacer Bouhanni also crashed early on the stage and was taken to a local hospital. His teammate Kevin Ledanois also went down in the crash, but was able to remount his bike and keep racing.