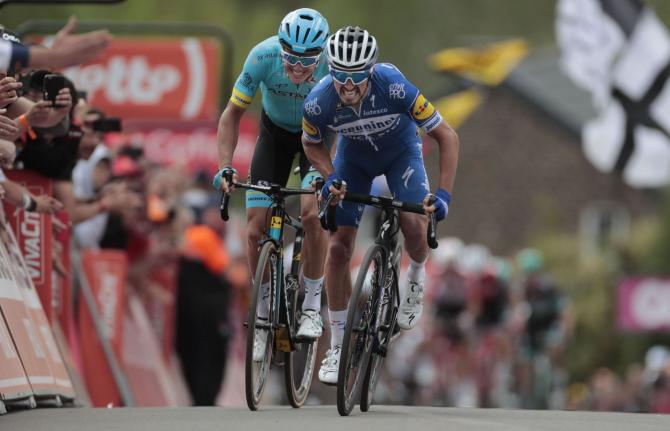 Alaphilippe and Fuglsang had led Sunday’s Amstel Gold Race only for Mathieu van der Poel to snatch away victory in a sprint finish.

However, Alaphilippe was not to be denied a second time.

“I think he (Fuglsang) was as disappointed as me not to have won the Amstel. We could have had a one-two, and here we again found ourselves in front,” said Alaphilippe, who also edged Fuglsang to win the Strade Bianche last month.

“The end wasn’t easy. Fuglsang is a very good rider who I respect a lot. He was difficult to beat.”

Adam Yates and Roman Kreuziger were knocked out of contention following a crash 30 kilometres from the finish, along with Ion Izagirre.

A group driven by Schachmann’s Bora team attempted to widen the gap after the second of three climbs of the Mur de Huy, but they were caught by a chasing pack led by the team-mates of Valverde and Alaphilippe.

Enric Mas, working in support of Alaphilippe, then pressed ahead with a steady tempo to ward off attacks, setting up the latter for another enthralling showdown with Fuglsang.

“It’s a race that is important to me,” said Alaphilippe, who was full of praise for his team-mates. “The Ardennes classics period is one I really like.”

“Last year, it was my first big win. It wasn’t easy wearing the number one jersey. I tried to detach myself from all the pressure.”

Fuglsang said he was pleased with his performance despite another near-miss.

“I’m happy to finish on the podium,” he said. “I’m happy with this result. I was more disappointed with my third place at the Amstel.

“Here, it was a good fight on the Mur de Huy knowing that this race is not necessarily made for my qualities.”

The third and final of this year’s Ardennes classics, Liege-Bastogne-Liege, takes place on Sunday. 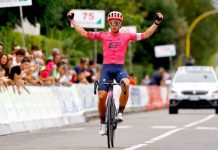 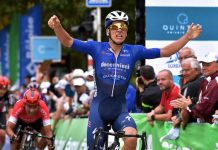