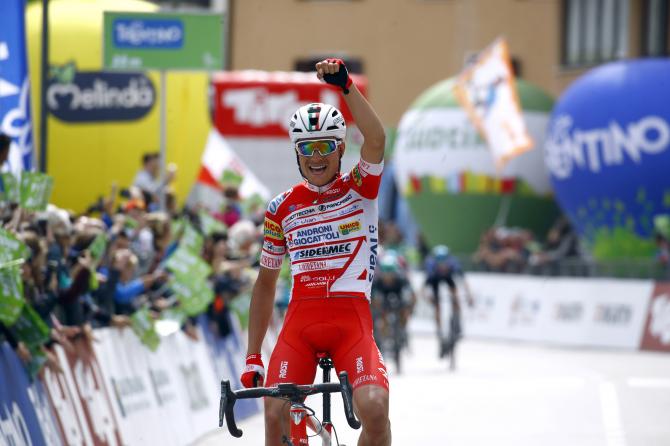 Fausto Masnada won Wednesday’s third stage of the Tour of the Alps which saw Team Sky’s Pavel Sivakov hang on to the overall lead despite sniping attempts from Vincenzo Nibali.

Masnada closed out the 106 kilometre fourth stage from Salorno to Baselga di Pine with a final solo breakaway to forge a five second win over Sivakov’s Sky team-mate, Tao Geoghegan Hart, who claimed stage one of the tour. Rafal Majka (Bora-hansgrohe) was third.

Nibali was a danger to Sivakov on the final climb. But Chris Froome, out of contention for the lead himself at this point, hit back on behalf of his Sky team-mate, helping Sivakov keep in touch with the rampant Italian by responding to two attacks over the closing stages.

As a result Sivakov has an eight second lead over Astana’s Jan Hart going into Thursday’s 134-kilometre fourth stage from Baselga di Pine to Cles.

Fausto Masnada has done it!

The @AndroniGiocatto rider does the business in stage three of the #TotA as the rest of the pack battle for the bonus seconds! ? pic.twitter.com/VjgcjKFYzC

Tour of the Alps 2019 – general classification after stage 3: