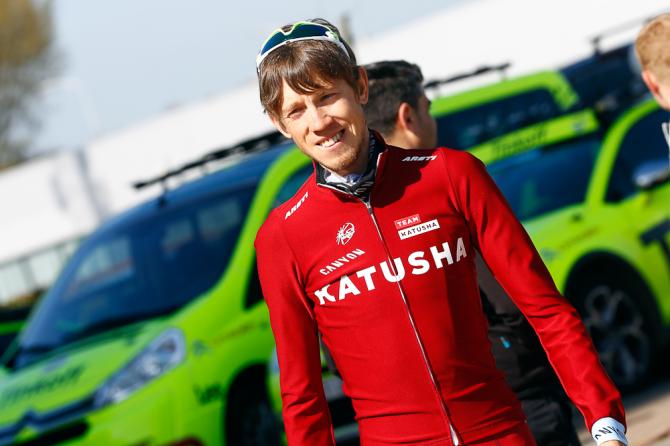 Ilnur Zakarin will target the 100th edition of the Giro according to Katusha team manager Viatcheslav Ekimov.

This year Zakarin had a good start during the Giro, but a terrible crash on the Col d’Agnel during the 19th stage did not allow him to finish in the fifth place that he then occupied.

As indicated by his manager Viacheslav Ekimov in an interview with F-Sport, Zakarin has set his sights on the Giro where he has amends to make, and the Vuelta where he will make his debut.

Ekimov also announced that he will be stepping down as general manager of the Russian team in 2017 as next season will see an internationalised version of the Katusha-Alpecin team, who will ride under a Swiss license.