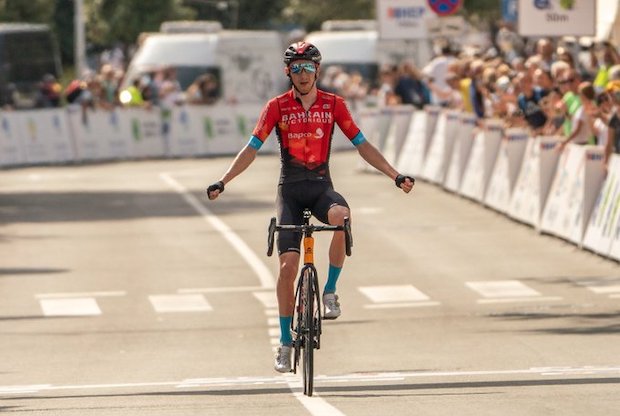 Stephen Williams won the queen stage of Cro Race and tops the general classification ahead of final day.

The Bahrain Victorious rider finished the 137.5km stage 5 ahead of Markus Hoelgaard and Mick van Dijke. He now sits 17 seconds ahead of Van Dijke in the GC, and 18 ahead of third place Hoelgaard.

“I was afraid after the first passage through Opatija that they would catch me since we did a lot of stages and I was afraid that there was no freshness in my legs. However, somewhere three kilometres to the finish, I realized that I still had a freshness and could still pick up the pace”, said Williams.

“My teammates positioned me well on the start of the climb Učka, which started very hard on the bottom. The group gradually got smaller and smaller. As the group, we were very lucky with Hermann’s position and Santiago in the group behind, so it was perfect for me to be with Simon. I was able to use them. I am proud of the way I raced. I am really happy to take this win for the team and myself. I am over the moon now. I am also happy to take the lead GC, and I am expecting a tough race tomorrow. I will give everything, and hopefully, I will come out with the red jersey.”