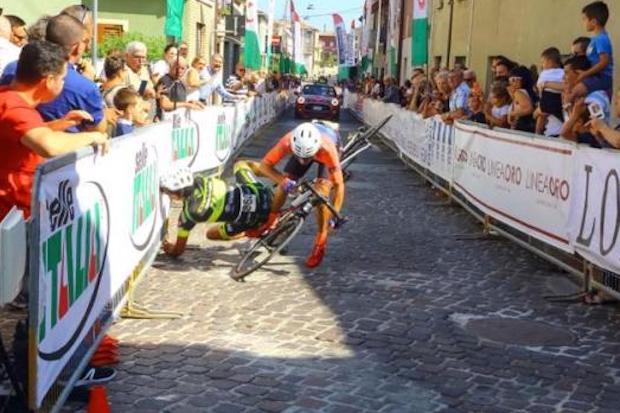 If there’s one thing during a sprint worse that being pipped on the line, it’s for sure crashing just before the finish line and ending in disaster.

Damiano Trivarelli and Stefano Zoppi desperately wanted to win Granfondo dei due Santuari del Fermano, but that determination went badly wrong and they took each other out. However, they were at least confirmed as first and second after the sprint.