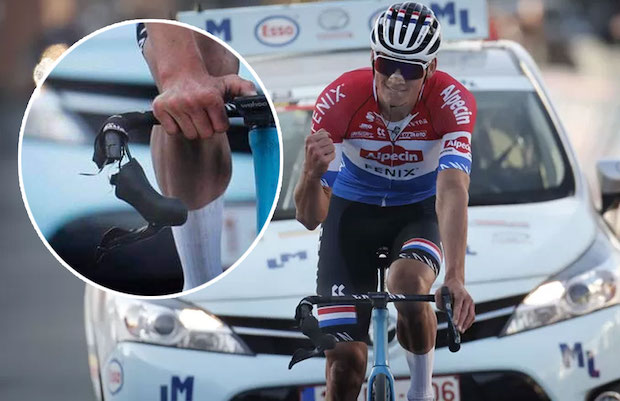 Images of Mathieu van der Poel riding into the final kilometer of Le Samyn showed his right Shimano shifter dangling from the top bar of his broken drop handlebars.

The mechanical problem happened at the worst possible moment for Van der Poel as he was in perfect position to win the race on the final section of cobblestones.

“I was still very good myself, but I couldn’t put in any more force because my [handlebar] broke on that long cobblestone strip,” van der Poel said. “That is why I immediately said in my ear that we were going to ride for Tim Merlier. I did everything I could to paralyze the group and I am very happy that Tim finishes it.”

It’s not clear exactly where on the cobblestone sections Van der Poel’s handlebars broke, but it appears to have happened right in the final few kilometres.