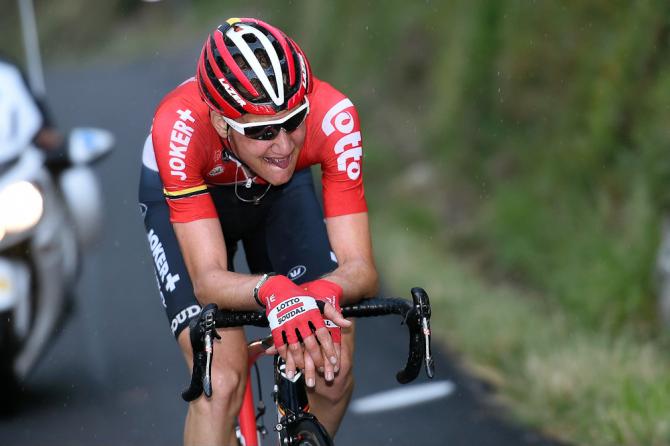 Lotto Soudal’s Tim Wellens served up a dose of déja vu on Saturday, taking a the victory on stage 6 of the BinckBank Tour ahead of Tom Dumoulin (Team Sunweb).

The Belgian, who won the corresponding stage in the Ardennes in 2014 and 2015 to take the race lead en route to overall victory, was strongest on a rainy day and outsprinted the Giro d’Italia winner in a two-up sprint.

Peter Sagan (Bora-hansgrohe) suffered a puncture at a terrible moment and lost his second place in the general classification.

Dumoulin’s second spot was enough for him to take the race lead from Lars Boom (LottoNL-Jumbo) who finished in Sagan’s group, over a minute down on the leaders.