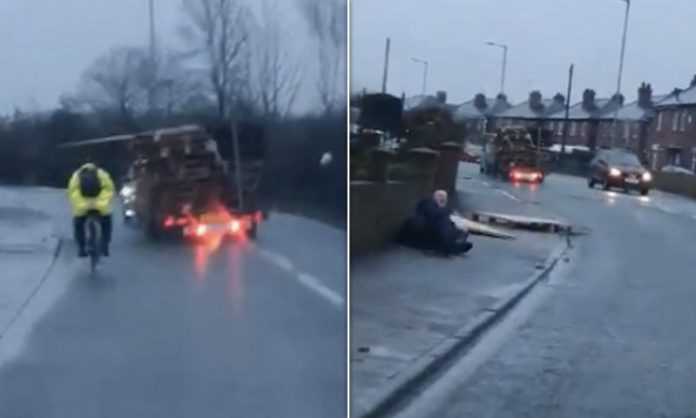 The video which has now gone viral shows a truck overloaded with wooden pallets knocking a pedestrian to the ground just moments after narrowly missing a cyclist’s head.

Another clip emerged showing the men who were filming chasing the truck and honking at him to stop. One of the men can be heard saying: “You’ll have to go and see that man down there, you’ve just twatted him with something”. The truck driver appears to reply: “Oh right mate.”

They did stop him haha pic.twitter.com/diIsQsigGN