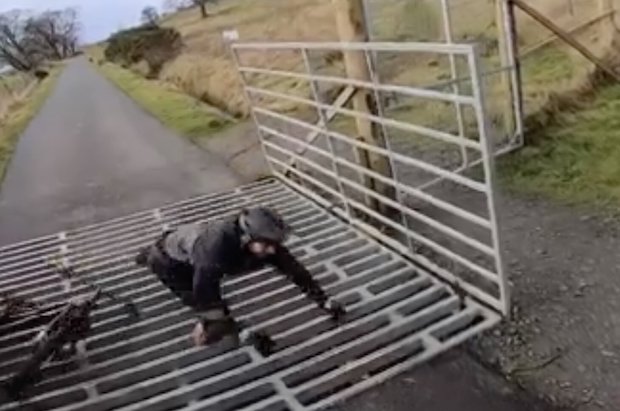 This crash is the stuff of nightmares!! So pleased Duncan Shaw ‘s leg didn’t snap as I don’t think I could of handled it haha!! ? #crash #mountainbiking #scotland #gopro #failfriday