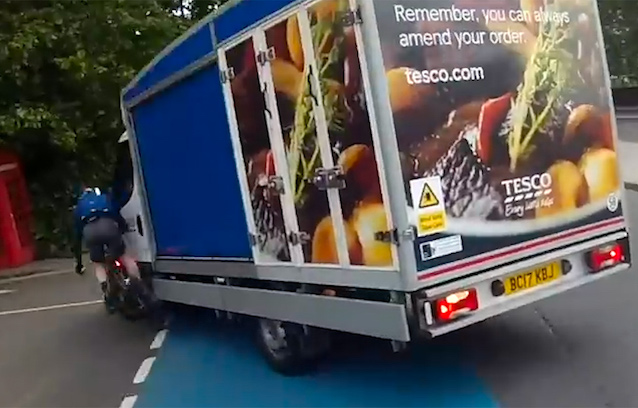 Video footage has emerged of the dramatic moment a London cyclist was knocked off his bike after colliding with a Tesco delivery driver who turned left across a cycle lane.

The video shows a cyclist being overtaken by a delivery can, which subsequently signalled left crossing the cyclist’s path.

Plan for the worst and remember the road is a shared environment. pic.twitter.com/vpST3fwvOX

The incident happened in May 2019, with the video emerging online this week after the driver appeared at Lavender Hill Magistrates’ Court.

He was handed six points, a £300 fine and £332 in costs after he refused to give his details to police.