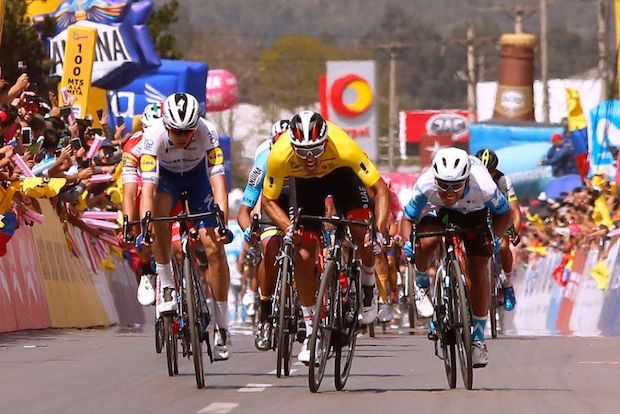 UAE Team Emirates rider beat compatriots Edwin Avila and Alvaro Hodeg into second and third at the end of the 178km stage from Paipa to Sogamoso.

Jonathan Caicedo retained the leader’s orange jersey after finishing in the pack.

“The team has a lot of faith in me and the truth is we never had any doubts,” said Molano.

“I tried to launch my sprint as close to the line as possible, not so far out like yesterday because these stages … are tough,” the 25-year-old Colombian told ESPN.

Caicedo remains atop the overall standings with three team-mates level with him on time – Sergio Higuita and Daniel Martinez, who are expected to challenge for the final victory, and Tejay van Garderen.