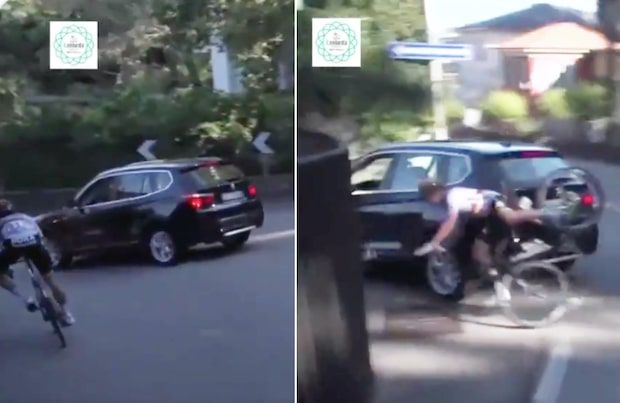 Remco Evenepoel’s crash wasn’t the only incident during Saturday’s Il Lombardia. There was still more drama to come before the race concluded, with farcical scenes as a local car entered the course in the final kilometres, riding into the path of German champion Max Schachmann and causing him to crash.

The Bora-hansgrohe rider aired his frustrations while also holding his injured shoulder. He was quick to get back on the bike and finished in seventh.