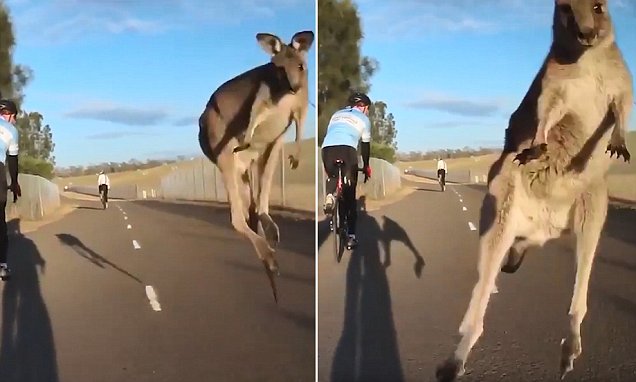 A morning ride had cyclists in Australia on the hop after they encountered a small mob of kangaroos which got a little close for comfort.

In the video, a kangaroo suddenly crosses the road as a cyclist fast approaches. Anticipating the possibility of a collision, he urges his friends in front of him to ‘slow down’ several times.   He then changes bike lanes to avoid hitting the animal, only to have the roo jump directly at him. 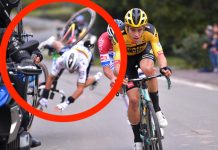 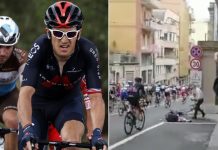 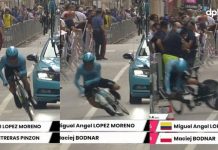