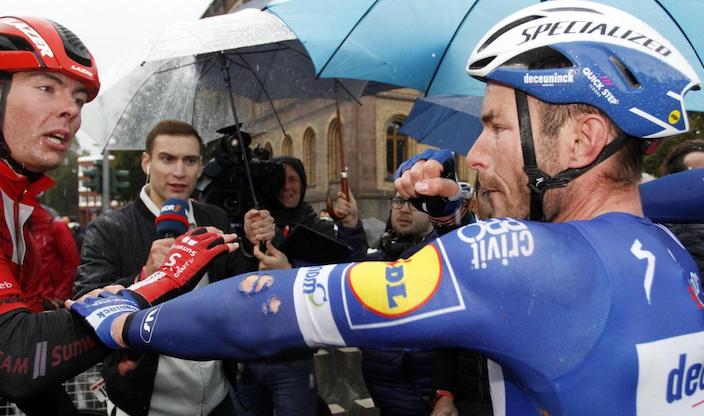 Florian Senechal was one of those caught in the high-speed incident on a soaking wet finishing straight of Sparkassen Münsterland Giro, and afterwards blamed Max Walscheid.

The race was won by Deceuninck-Quick-Step’s Alvaro Hodeg but his lead-out man Senechal crashed after pulling off the front and brought others down at speed.

Immediate after the finish, Senechal approached Walscheid who was giving an interview to German television and hit him in the helmet. Walscheid hit back with a punch, and then they were broken up by teammates.

Later Senechal apologised for his reaction. “Sorry for my brutal reaction after the finish,” he tweeted. “But I was scared, I am cured of a broken shoulder since June. I was lucky not to go back to the hospital today and still live this [sufferance] on a bike.”