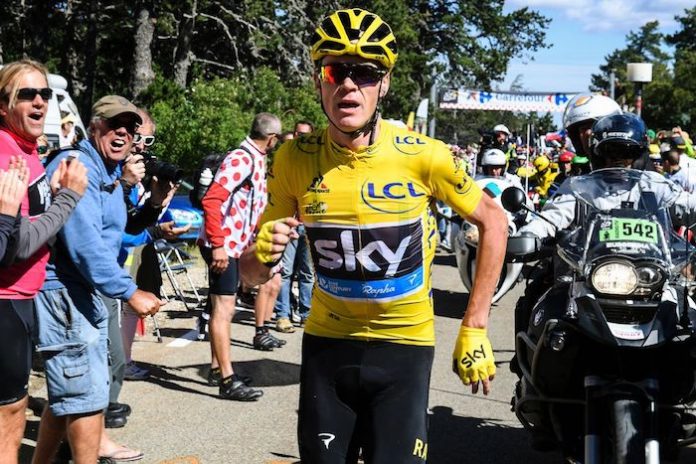 Chris Froome’s third Tour de France victory wasn’t an easy task. In fact, it was comical. Late into stage 12 he was found by TV cameras jogging without a bicycle up a path to the iconic Mont Ventoux.

Surrounded by jubilant fans, Froome had crashed into a motorbike so severely his own bike was unrideable and the road was too remote for him to be reached with a replacement for several minutes.